Problem-solving mindset, both in theory & do-along

Get the most out of 1-second booting subsystem-Linux: WSL2

No prior Linux and programming knowledge is required

A Computer with an Internet connection

saving and Use-Cases constitute the spirit of this course. That is why it is designed to be learned fast and practical.

We set our goal to make you feel confident when dealing with the command line of any Linux distribution in production environments so that you can put your skills to work in as little as possible. How do we do that During this course, you will see hundreds of Linux command-line tools and you will write hundreds of lines for Shell Programming or as some may be used to call it, Bash Programming, so by end of the course, you have built a relatively robust understanding of different aspects of Linux for real life and work projects.

Topics & some of the shell tools we cover in this course:

Shell Programming (Bash scripting) from bash basics to writing a few projects e.g. writing automated backup, a password manager, and so on

Checking on Windows subsystem for Linux: WSL2 along with Windows Teal profiles with Oh My ZSH, Nerd Font, colorls, backup WSL Linux machines, and much more

long story short: Your learning approach in this course is the same way as you probably learned how to ride a bike! Remember Even if you haven't, you will learn Linux Command-Line and Shell Scripting (Bash scripting) with us anyway! Just keep do-along with each video and code-along with each project.

Since different work environments are built-up with different Linux distributions, this course is inspired by LPIC Certificate and therefore is built vendor-neutral, meaning no matter RedHat based, or Debian forked, e.g. CentOS, OpenSUSE, Ubuntu, Kali, or even Windows Subsystem for Linux (WSL 2), you will learn their differences and will start doing real things in their shell.

Here is an overall conceptual breakdown of the course:

Section 1 and 2, starts with the basics of Shell and Kernel, then moves on with preparing the lab environment and Teal

Section 3 to 8 builds your ability to understand the fundamental concepts and work with commands on key components of Linux.

Section 11 is entirely about system visibility using sysdig and csysdig, inspecting the kernel syscalls, and applying their use-cases

Section 12 is all about Shell Programming. You will learn the basics and start building a scripting mindset by coding along with Projects such as creating a Backup tool and a Password Manager and so on

By the end of the course, you will have the ability to confidently apply the skills and grounded knowledge you learned during this course in different productive workplaces within divergent computing and IT branches such as Ethical Hacking, IT Security, IT Administration, Cloud Security, Networking, Linux Development, and much more.

Who this course is for:

Anyone who would like to learn modern Linux command line

Network Specialists and IT Administrators

IT Managers, interested in productivity of their team members

Passionate geeks ;-) who want to have a lot of fun with the Linux command line 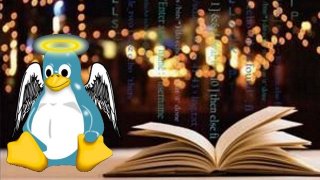 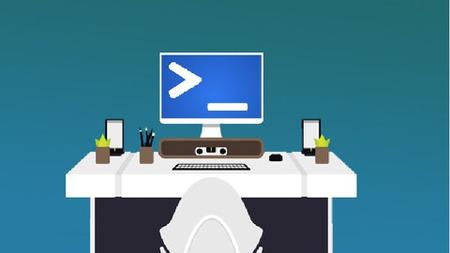