The late Irish blues rocker Rory Gallagher would have been pleased to see the Chess logo embossed on the three-disc Blues, a box of rare, unissued, acoustic, and live recordings. Issued to mark what would have been his half-century as a recording artist, 90-percent of the material here is previously unreleased. The discs are divided thematically: Electric, Acoustic, and Live. The booklet is wonderfully annotated with an authoritative essay from journalist and music historian Jas Obrecht; it places Gallagher in his rightful historical place as an electric blues rock pioneer alongside admirers Eric Clapton, Johnny Winter, Jimi Hendrix, and Peter Green. The set opens with a raucous cover of Sonny Boy Williamson's "Don't Start Me Talkin'," an unissued cut from the sessions that begat the excellent 1982 offering Jinx. Gallagher is in full Chicago house-rocking mode with his wailing harmonica and nasty slide guitar, accompanied by pounding piano and a barely contained rhythm section shuffle. His songwriting is showcased to fine effect, too, with the slow-burning "Off the Handle" from a live BBC appearance in 1986, "Should've Learnt My Lesson," an outtake from the Deuce sessions in 1971 (a midtempo blues rocker steeped in the Celtic folk tradition), and an unhinged take of his "Bullfrog Blues" from a radio station appearance in 1972. Along the way, we get lean, mean covers of Tony Joe White's "As the Crow Flies," Green's "Leaving Town Blues," and two guest spots, "I'm Ready" with Muddy Waters in 1971, and "Drop Down Baby" with skiffle icon Lonnie Donegan from 1978. The second disc showcases Gallagher's considerable acoustic guitar playing and extremely effective singing, as well as his obsessions with Waters' slide playing and Jesse Fuller's and Big Bill Broonzy's rhythmically complex fingerpicking. Highlights include "Prison Blues" and Broonzy's "Bankers Blues" (both from the Blueprint sessions), the slide-tastic solo acoustic "Secret Agent" from a TV appearance in 1974, and a screaming solo take on John Lee Hooker's "Want Ad Blues" from a 1988 radio session. There are also several key originals, including the previously unissued "Whole Lot of People."

The first three tracks from the live volume are drawn from a 1982 concert, with Gallagher's wrangling readings of Sonny Boy Williamson's "When My Baby Left Me," Jerry West's "Nothing But the Devil" and Willie Dixon's "What in the World" - they're fiery, direct, improvisational, and raw as hell. Junior Wells' "Messin with the Kid," culled from a 1977 Sheffield concert rocks like the MC5, as does Sonny Thompson's "Tore Down" from another show. There are three Gallagher guest spots, including "Born Under a Bad Sign" with Jack Bruce from 1991, "Comin' Home Baby" with Chris Barber in 1989, and "You Upset Me" from Albert King's Live in 1975. All told, this box places Gallagher in his rightful place with his peers above, and as an influence cited by guitar slingers Brian May, Gary Moore, Johnny Marr, and Slash. Blues makes a final incontrovertible case for Gallagher's musical immortality. 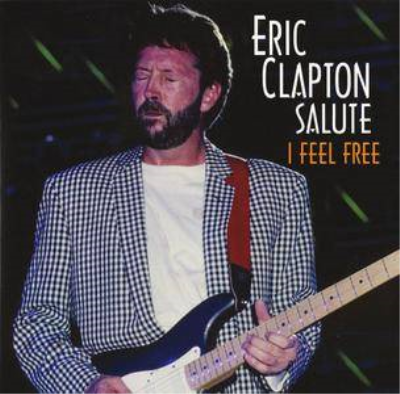