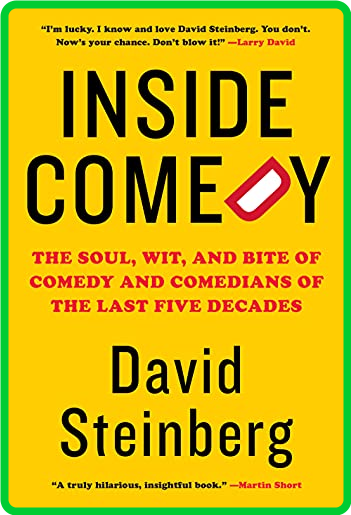 The world of comedy and comedians of the last five decades. By the man the New York Times calls "a comic institution himself," the only comedian (twenty-six years in stand-up) to have made Elie Wiesel laugh, as well as having appeared on The Tonight Show (140 times, second only to Bob Hope, but who's counting). From the director of TV comedy series Mad About You, Seinfeld, Friends, Weeds and Curb Your Enthusiasm.

"David has always been a comedy hero to me. One of his many gifts is the ability to inspire funny people to be even funnier, as you will discover in this truly hilarious, insightful book." -Martin Short

From David Steinberg, a rabbi's son from Winnipeg, Canada, who at age fifteen enrolled at Theological College in Chicago (the rabbinate wasn't for...

Is This Anything? - Jerry Seinfeld [EN EPUB]

Is This Anything by Jerry Seinfeld