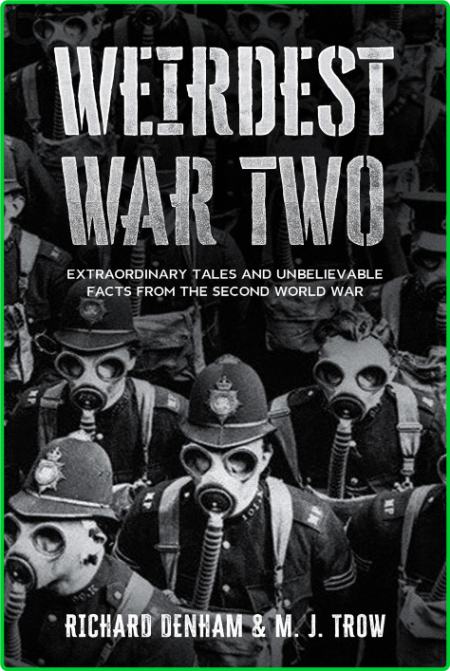 Was Britain's Thermopylae really fought over a tennis court?

What happened in Canada during the invasion of Winnipeg?

How did the Night Witches terrify and torment the Axis?

Was Hitler actually sent to spy on the Nazis by the army?

Who was the schoolgirl who helped win the Battle of Britain?

Truth, they say, is the first casualty of war. You will have to decide how many such casualties occur in this book, the third in the Weird War series. Amber rooms worth a fortune, the spear that pierced Christ's side, deadly female snipers and Lucille Ball's spooky teeth, it's all here for the discerning buff of 1939-45.

Whether it's official Nazi propaganda dreamed up by Josef Goebbel's Ministry of Enlightenment or the 'scuttlebutt' of the US navy; tall stories from the officers' mess or attempts to escape from the grim reality of total war, the Second World War provides a fascinating glimpse into the mindset and ingenuity of a generation.

Have we now exhausted our supply of weirdness? With new information coming to light all the time from the classified archives in the corridors of power, we wouldn't bet on it!

The WEIRDest People in the World How the West Became Psychologically Peculiar .. by Joseph Henrich EPUB [EN EPUB]